The FFY 2019/21 Overall goal for the Autonomous Municipality of Vega Baja (MVB) Disadvantage Business Enterprise (DBE) Program for federal funded contracts is established in accordance to USDOT guidelines.  The overall goal for fiscal years 2019/2021 has been established at 2.47% utilizing the methodology described in 49 CFR Part 26.

The Autonomous Municipality of Vega Baja-MVB as a recipient of FTA funds is mandated by USDOT to establish a goal for the utilization of DBEs on federally-assisted contracts.  The MVB overall goal is expressed as a percentage of all Federal-aid total payments.  This goal is based on demonstrable evidence of the availability of ready, willing and able DBEs relative to the universe of all businesses participating on Municipality of Vega Baja-assisted contracts.  The regulation requires a two-step process for setting the DBE goal.  The first step is to establish a base figure for the relative availability of DBEs.  To establish the base figure, MVB has gathered information with respect to the estimated federal dollar share of each project category into the estimated federal dollar of each project. The second step is to adjust the base figure in order to determine the Municipality DBE goal.  In accordance with 49 CFR 26.45 (c) (1), to arrive at the Base Figure, the Autonomous Municipality of Vega Baja (MVB) elected to use the DBE’s Directory of the Puerto Rico Highway Authority to determine the relative availability of DBE’s in several fields.

MVB divided the total number of DBE firms in their respective trade descriptions (that the Puerto Rico Highway Authority DBE Directory considers ready willing, and able) by the number of all business in the applicable NAIC codes appearing in the 2012 U.S. Census Bureau, specifically on the Census’ Business Patterns for Puerto Rico. As a result, it arrived at a 2.47 % for overall goal for the MVB

The initial phase of the Step One analysis required the compilation of critical data regarding MVB’s contracting, and the MVB decided to use the Puerto Rico Highway Authority’s DBEs Directory and the US Census of Companies census for the fiscal years 2019-2021 for step 1.

The relevant data considered for the Step Two of the analysis included the following:

To determine the preliminary DBE goal base figure, the Municipality conducted the analysis and calculations described as follows in accordance with 49 CFR 26.45.

In setting the goals for the MVB, it is required that the goal setting process begin with a Base Figure for the relative availability of DBE’s.  The overall goal is based on demonstrable evidence of the availability of ready, willing and able DBE’s relative to all business ready, willing and able to participate on USDOT-assisted contract.  The goal reflects the level of DBE participation expected absent of the effect of discrimination.  The normal market area is statewide consisting of firms that inquire, show interest, and performed work on similar projects. There are no boundaries established for firms to perform work.  Geographically, firms can move easily from one extreme of the Island to the other, depending upon necessities and working conditions.  The distribution of federally aid projects that are put to bid around the island is in accordance with the bid plans specified in the projections of the MVB projects for the next five years in the local market.  Any firm may participate in federally funded projects as long as they comply with state and federal regulations.

The following is the methodology chosen to calculate the MVB’s DBE annual goal and determine the relative availability of DBEs. To determine the preliminary DBE goal base figure, the Municipality conducted the analysis and calculations described as follow in accordance with 49 CFR 26.45.

STEP ONE: Calculation of Base Figure

The Municipality of Vega Baja first identified the anticipated FTA-assisted projects scheduled to be built for FYs 2019-2021 to determine (1) the type of projects where DBE participation was possible and (2) the number of firms in the market and the DBE qualified firms available in the relevant NAICS codes for inclusion in the baseline formula. The MVB’s anticipated expenditures are shown in Table A:

Table A: represents construction and design projects to be awarded in fiscal years 2019-2021.

In accordance with 49 CFR 26.25, the overall DBE goal is expressed as a percentage of the federal FTA projected to be expended in MVB’s FTA assisted contracts over the next three federal

The selection of relevant NAICS codes for FFY 2019-2021 projects was based upon the anticipated construction and design projects. Table C displays the projects anticipated for this period. Actual projects undertaken are dependent upon available funding.

The staff at the Office of Project Development and Public Mobility analyzed the scope of work of each project category and assigned the North American Industry Classification System (NAICS) codes to the applicable work elements, as shown in Table B for projects of design or consulting.

Table B: Determination of Total Establishments by Applicable NAICS Code in PR:

After identification of the projects, the relevant NAICS Codes of companies that will perform the different contracts to be awarded were selected for determining the number of ready, willing, and able firms to be counted in the baseline calculation as shown in Table B:

To establish the relative availability of DBE’s to all comparable firms (DBE and Non-DBE’s) in the AVB’s market area, in applicable work categories (NAICS Codes) identified in Table B, the MVB followed one of the prescribed goal setting methodologies in accordance with 49 CFR 26.45. It determined that the DBE availability percentage by performing an inquiry of the Puerto Rico Unified Certification Program (PRUCP) DBE directory and the most recently available (2012) U.S. Census Bureau County Business Patterns (CBP) database.

USDOT Tips requires that the calculations of the relative base figure by dividing the number of market area DBE’s by all market area businesses (DBE’s and non-DBE’s). The result in the case of the MVB’s projects is 1.31 %.

This number is the percentage of DBE’s in the AVB’s market area.  To more accurately reflect the nature and the scope of work, the USDOT Tips recommends a weighted calculation of availability.  This calculation is based on expenditures in each NAICS code.

Weighting is recommended in USDOT Tips to ensure that the overall goal accurately reflects the scope of work. The first step is to calculate a weight for each NAICS code, which is the percentage of the budget for future contracts. MVB’s federally funded contracts are identified on a contract by contract basis, after federal funding is received, weights can be calculated based on anticipated contracts.

To determine the weight of each project we divided the amount of money allocated to each project by the total amount of funds assigned to the MVB as indicated in Table D:

Consideration for Adjustment of Base Figure:

Almost all participants and/or possible bidders in our transportation and construction projects are minorities (Hispanics) as defined by 49 CFR Part 26.  The MVB established for this fiscal year a participation goal of two-point forty seven percent (2.47%) and the factor considered to maintain our overall annual DBE goal at this percentage is the analysis of federally assisted programs and bidder’s list records for the previous five fiscal years and the amount of projects awarded.

For the projects included, the MVB will conduct assessments of the possible bidders, contracts and/or professional services to obtain pertinent data and be more efficient in the measurement of the capacity of the DBEs in the local market. The MVB’s review of the current capacity of DBEs to perform work on future DOT assisted contracts has concluded that this capacity is adequate.  Procedures to implement other corrective actions deemed appropriate to remediate instances of discrimination shall be established, as permitted by law.

The population in Puerto Rico as defined by the regulation is Hispanic (98.9% as of 2010 census) – and are considered minority. For that reason, after the review of the overall DBE participation, the MVB has elected a 2.47% race gender-neutral goal and a 0% race conscious goal as contracting methods to attaining our DBE 2.47 % goal for FFY 2019/21.

The MVB estimates that, in meeting our overall goal of 2.47%, it will obtain 100% from race-neutral participation and 0% through race-conscious measures. The race gender-conscious DBE participation will be zero percent (0%) unless it is determined that race gender-neutral are not effective in achieving the overall annual goal for the next three federal fiscal years (FFY 2019/21).   Individual contract goals will be used only if race neutral measures prove to be unsuccessful toward achieving our overall annual goal.  To ensure that our DBE program will be narrowly tailored to overcome the effect of discrimination, if contract goals are used, we will adjust the estimated breakout of race gender-neutral and race gender-conscious participation as needed to reflect actual DBE participation in accordance with 49 CFR Part 26.51 (f).  To that end, contract goals will only be used for contract that have subcontracting opportunities upon funds availability.

The Municipality of Vega Baja will implement the following race neutral measures to meet its race neutral goal:

a. Arrange solicitations, times for presentation of bids, quantities, specifications, and delivery schedules

b. Carrying out information and communication programs on specific contract procedures and contract

No disparity studies were found in Puerto Rico showing existence of past discrimination, or relevant to our goal setting process in our market area.

In accordance with 49 CFR 26.45 (g), the Autonomous Municipality of Vega Baja provided an opportunity for public participation in establishing its overall DBE goal. The notification process has two objectives:

The Municipality of Vega Baja (MVB) will consult with its advisors to obtain information concerning the availability of disadvantaged and non-disadvantaged business, the effects of discrimination on opportunities for DBEs, and the Municipality of Vega Baja’s efforts to establish a level playing field for the participation of DBEs. These advisors include individuals, minority women groups, general contractor groups, community organizations, and other officials or organizations.

MVB published the notice of the proposed overall goal, informing the public of the overall goal for FFY 2019-2021 and its rationale. The information is available for inspection during normal business hours at its Public Works Department Office for forty-five (45) days after the notice is published. The public will have forty-five (45) days after the notice is published to submit comments to the MVB or the DOT. It has been published in regional newspaper where other public notices are published regarding contracting opportunities such as bidding, RFPs, etc.  It is also available in our web page (vegabaja.gov.pr).

The Municipality of Vega Baja will directly contact those firms, listed as certified DBEs by the Certification prepared by the Puerto Rico Highway Authority, though email and phone calls to provide them an opportunity to comment on its goal determination methodology and provide feedback on ways to increase DBE participation in projects financed with FTA funds. 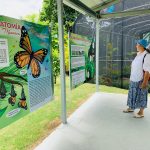 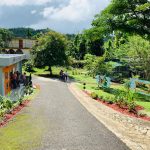